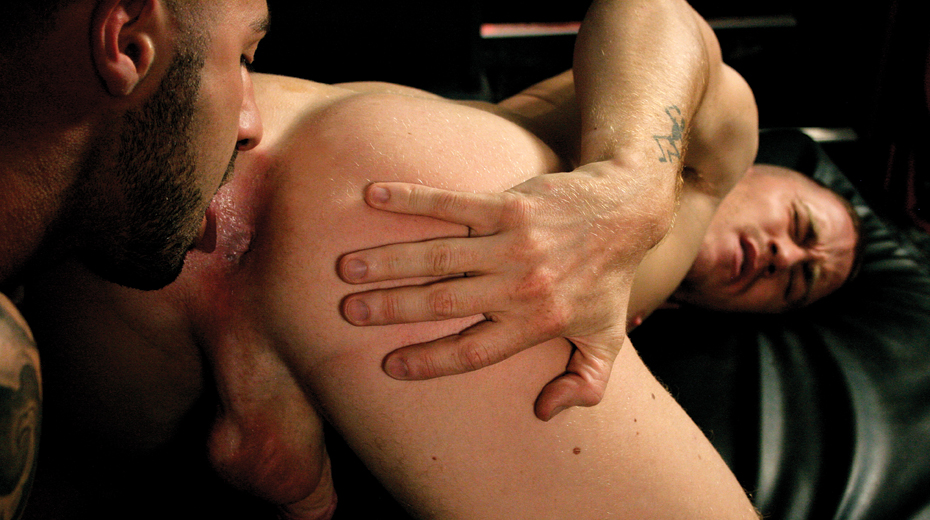 Tattooed pig-bottom Kennedy Carter shows off his passive skills in his Lucas Entertainment debut Pissed On! Kennedy Carter is a London native who has a lustful craving for older men. I like guys in their 30's and 40's, says Carter. I also like muscled, hairy Latino guys with beards and tattoos. This red-haired sex expert loves the feeling of being pressed up against a big sweaty guy! And according to his celebrity crush, Kennedy Carter's idea man is none other than Ricky Martin.

Italian born, muscle-god Salvatore Dolce works his thick uncut meat in Lucas Entertainment's Pissed On! Salvatore Dolce is a hairy trimmed dominant top whose favorite part of sex is eating ass. This athletic sport stud loves guys with shaved heads and is turned on by shorter men. Salvatore Dolce lives in London and works in the fashion industry.

More Scenes From Pissed On