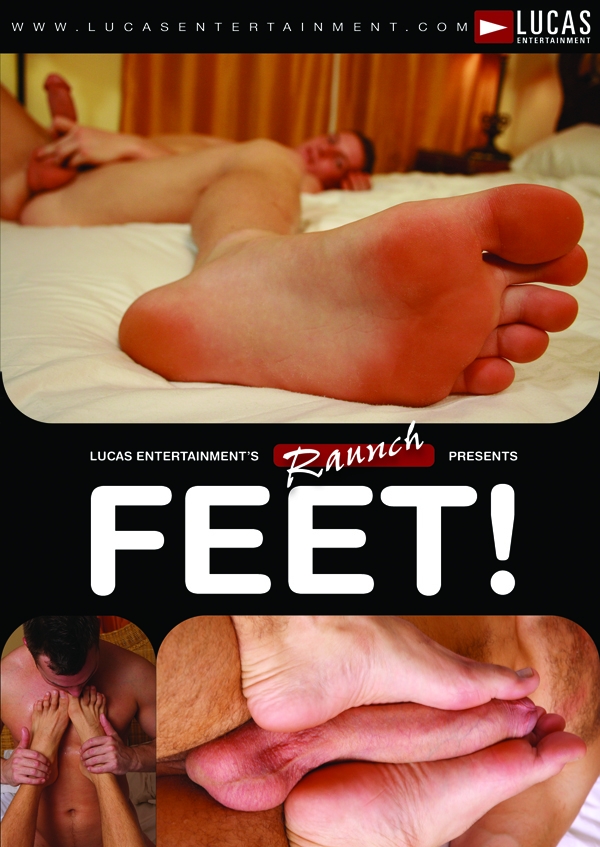 SCENE 5
Feasting on Socks with Ridge Michaels and Angel Rivera
from Feet!
on 11.18.09

Currently assisting medically in Florida, Ajay likes to run and go to the beach...and suck on Dean Tucker's toes in FEET!

Dean is a building engineer, and claims he bottoms 80% of the time, and tops the other 20%. He enjoys getting fucked hard during that 80%.

Hugo is new to the business, so what better way to test him out than sucking on Michael Lucas' toes in FEET? In the meantime, you can find the South American hunk at the gym when he's not on set.

Florida-boy Ridge Michaels loves to show off his tan and toned body. He is a sensual guy who loves kissing and the slow, soft touch of sex before he gets rough! The craziest place Ridge has fucked is on a boat in broad daylight. Besides a good sex session, he loves any sports in the water and traveling around the world to learn about culture. If Ridge Michaels had one thing to say to his fans it would be, “Thank you for letting my sexual fantasies be your sexual pleasure. I want to explore every sexual avenue to deepen my experience in life and share it with the world. Thank you.”

Philly-based Ryann was the perfect choice to play the seemingly naive web designer who gets boned by Manuel Torres and Wilson Vasquez in Encounters 4: On The Job. Blond, toned, and gifted with a bouncy, bubbly ass, he took their huge dicks in like a pro! And he did the same with Ben Andrews in Michael Lucas' The Bigger The Better.

Everything is bigger in Texas, and Scott is no different! Watch him and his size 15s in FEET!

Straight-acting bartender Todd was a great find for us during our round of Fort Lauderdale Auditions. In fact, we were so impressed by his bottom prowess with Ray Star that we cast him in our big Florida feature, Welcome to Paradise. He's got a great ass, this one does... and he knows how to use it!

Scene 2: Delectable Dean Tucker starts by lapping at smooth Ajay Cavalliâ€™s feet by the pool. His long tongue licks every inch of Ajayâ€™s beautiful toes, giving all ten equal attention. Dean works his way up Ajays body, then travel inside where Ajay can massage Deanâ€™s whole body with his feet, paying special attention to his ass and spreading Deanâ€™s firm butt cheeks with his toes. Ajay even manages to stick some in Deanâ€™s willing pucker! But after a juicy rimjob, Deanâ€™s meaty cock finds its way into Ajayâ€™s schute, and the two fuck in a variety of positions. Ajay is even able to suck on Deanâ€™s toes while heâ€™s getting plowed. The two then lean back and shoot thick wads onto each otherâ€™s feet!

Scene 4: Michael Lucas and Hugo Alexander start their scene by making out and stroking each otherâ€™s fat dicks. Michael then leans back and lets Hugo suck on his big feet, then the two switch roles and Michael takes a mouthful of toes. A foot 69 ensues, with each stud rubbing their boners with their partnersâ€™ gigantic arches. After extensive foot play, Michael blows a thick load all over Hugoâ€™s feet!

Scene 5: Tattooed stud Ridge Michaels passionately kisses Latino cutie Angel Rivera, then works his way down and feats on his socked foot. Ridge continues the action by rubbing his foot all over Angelâ€™s undies, then slides his toes into his partners face. Ridgeâ€™s foot is replaced by his tongue, then the two finish undressing and Ridge pounds Angelâ€™s tight ass to an explosive finish on Angelâ€™s socks!

Because you are receiving an advance review copy, I kindly request that you review this film as soon as possible, so as to time it with our upcoming release on February 6, 2008. After you print your review and forward it to me, Iâ€™ll be more than happy to send you TWO FULL COPIES of this release.