View All MoviesToy With Me 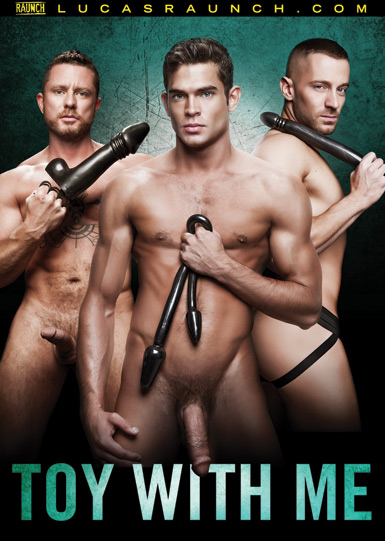 SCENE 1
Rafael Carreras and Fernando Torres' Outdoor Playtime
from Toy With Me
on 03.28.13

SCENE 2
Charlie Harding Works Out Mitchell Rock with Toys
from Toy With Me
on 04.04.13

SCENE 5
Adam Killian and Rod Daily Open Their Toy Chest
from Toy With Me
on 04.25.13

If you need a reason to understand why Latin men are some of the best lovers you’ll ever find, look no further for proof than right here! Fernando Torres has the perfect ass of an Adonis and a hole in between the cheeks that is ready for fucking! Fernando’s body is ripped with muscle and his cock is hard, fat, and uncut. Looking at him you’d assume he’s a total power top, but this horny stud can take a pounding with the best of them! Just bend him over, insert, and have fun until you’re ready to blow your load!

Luke Milan is blessed with a lot of memorable attributes: a handsome face, a beautifully lean body, and a massive cock. He claims he’s only 8.5 inches long, but it looks a hell of a lot bigger when watching it in action. But despite having such a huge cock, Luke actually prefers to take the bottom bunk in bed -- and he loves it! Luke loves getting his as fucked, but he particularly like settling between a guys legs and sucking cock. And who wouldn’t want to see that face working on his meat?

"The body parts shine every time. But, there are some giddy toys handled by giddy performers to enjoy too."