View All MoviesFuck Me Harder 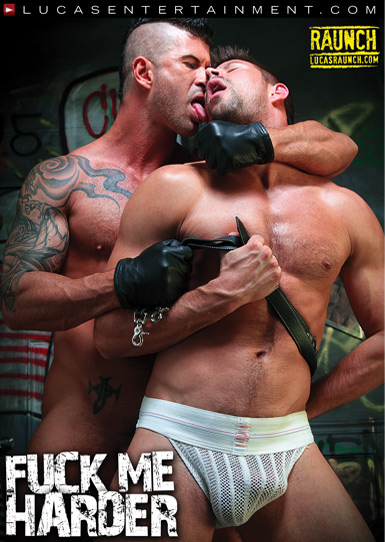 SCENE 1
Kyle King Begs and Barks for Adam Killian's Cock
from Fuck Me Harder
on 10.27.11

SCENE 4
Bottom Hunk Marc Dylan Submits His Ass to Mitch Vaughn
from Fuck Me Harder
on 12.15.11

Midwestern hunk Dirk Caber is a man of many talents. Not only can he milk the cum out of a massive cock but he also plays the ophicleide horn. Dirk is attracted to masculine guys who are good kissers. His fantasy fucks includes him being tied to a bench with a group of thick muscle tops taking turns pounding his eager hole. Dirk Caber loves the connection, intimacy, intensity and sensation of sex. The wildest place he has ever fucked was in the kitchen of a convent! Besides a good sweaty sex session Dirk enjoys music, architecture, fitness, learning languages, books and the arts.

Mitch Vaughn has the look of a sexy, aggressive frat boy who loves to pump a hot bottom! Ass fucking and licking is what he loves to do in the bedroom, and when his sex partners are muscular hot guys, all the better. The Las Vegas resident screwed a guy in a parking garage, and he wants to one day fulfill his fantasy of having sex in a gym.