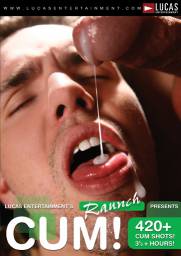 Jack's a charming twink with a dance background and the limber body to prove it. Currently living the Bronx, he goes to school in Manhattan and loves everything from ballet to opera and even some two-steppin'!

Hottie Jackson made his Lucas debut in Auditions 24 with exclusive Ray Star! In Return to Fire Island, he gives it up for Michael Lucas, Wilfried Knight, Rafael Alencar, and Rod Barry. Phew!

Jacob is a private dancer. He started modeling to do something "diff," and plays football on the side. He also likes all sexual activities.

West Coaster and kite surfer extraordinaire Jason Crew has appeared in Rapture Inn, Flatiron Fuckers, FARTS!, Flip This, and now Return to Fire Island. This time around, he left his model profile blank, so we'll just let his work speak for itself.

Kinky Lars is as sleek and sexy as they come. Together with Jason Sparks, he makes quite an impact in Michael Lucas' Gigolo with a key role in all the drama. Not to mention that their scene together is one of the hottest in the film! You can also check out all of his other hot and sleazy scenes from movies like Entrapment, Cockstalker, and Piss Collection below!

Native New Yorker Mike likes 'em hairy and muscular. He found the perfect mate in Wilfried Knight in Return to Fire Island. When he's not boinking in Cherry Grove, he enjoys photography, traveling, and hitting the gym.

Currently in San Diego, Nick's a professional who followed his boyfriend's lead into the biz. He has a passion for penetrating European guys with hairy chests and uncut cocks ;-)

Rusty "likes big butts and he cannot lie." He also writes that he's straight, and bottoms for both Michael Lucas and Nick Capra in Return to Fire Island, so go figure whose butts he's talking about.

Valentin works as a cook in Moscow, and lived in France for a few years. He dreams of someday leaving his homeland for America, but in the meantime, he was happy to get fucked by Michael Lucas in MICHAEL DOES RUSSI

Wolf's favorite sexual position is the magical number 69! This New York City native is currently single and, in his own words, he likes to "keep things simple and easy and always leaves [his] inhibitions at the door!"