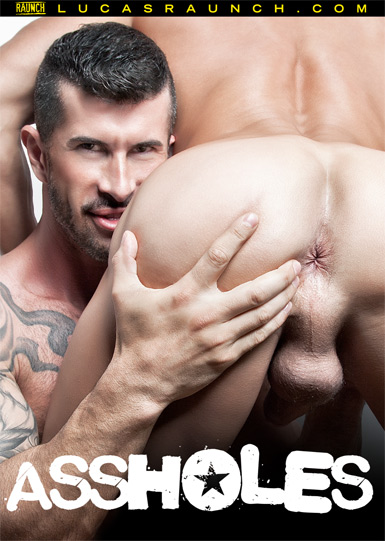 SCENE 1
Hot Guys Eat Out and Finger Their Tight Holes
from Assholes
on 10.25.12

SCENE 2
The Lucas Guys Lick and Lather Up Their Asses
from Assholes
on 11.08.12

SCENE 3
Piss-Soaked Holes Get Fucked with Huge Toys
from Assholes
on 11.15.12

Blond bottom twink Aaron Blake was born, raised, and still lives in Oklahoma, which is where he learned that he's completely gay and loves to have sex! When he's with another man, it's pure fucking that he loves more than anything else. His day job is at a software company, but his friends and some scouts talked him into showing off for the cameras! Thankfully he took their advice!

Sex-charged Brandon Jones got started in modeling because he loves to explore sex in front of the camera. When he was a kid he was obsessed with winning an Oscar. Now, Brandon Jones doesn’t have to act because he is “having a blast with every scene.” This insatiable power-bottom loves to get fucked doggy-style. His absolute fantasy would be to get gang-banged by an entire rugby team.

Polish born Christian Herzog loves to take his love of exhibition to the max! This muscle-bound sex stud thrives off of performing live sex shows. Christian Herzog is a natural and talented bottom and is able to take a heavy pounding on his smooth and sculpted body. His favorite sex act is to get a deep fist fucking in his hungry hole! Other than an aggressive round in bed Christian loves going to the gym, cycling and the cinema.

Latin hunk Franco Ferarri, originally from Brazil, just moved to the United States. He is a model by day and a sexy porn star in training by night. Franco's tongue has many talents: not only does he speak English, Portuguese, and Spanish, but this sex-hungry stud loves to get a cock in his mouth and blow for his partner's pleasure! The wildest place Franco has had sex is in a supermarket and dreams of one day getting wild and fucking in the middle of an abandoned desert. Franco is into all kinds of guys and if he could choose one celebrity to get down and dirty with, he'd love to bend over for David Beckham!