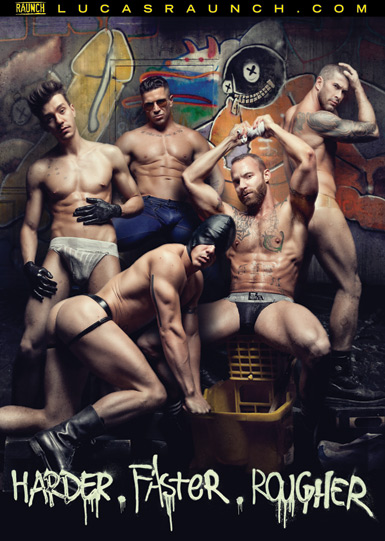 The piggish man-whores of Lucas Raunch want it Harder. They want it Faster. And they always want it Rougher.  And that’s exactly what Seth Roberts is begging for as Jessy Ares prepares to invade him during a fuck session neither will soon forget. Trenton Ducati rough-rides Derek Parker’s ass with his fat eight-inch cock. Adam Killian and Jesse Santana experiment with domination and submission in an unforgettable sexual encounter. Vito Gallo, Tom Wolfe, and Billy Santoro all take turns showing Micah Brandt who is boss. And Rafael Alencar turns Sebastian Keys’ hole into a blooming red rosebud. You’ve come to the right place if you want it Harder, Faster, and Rougher!