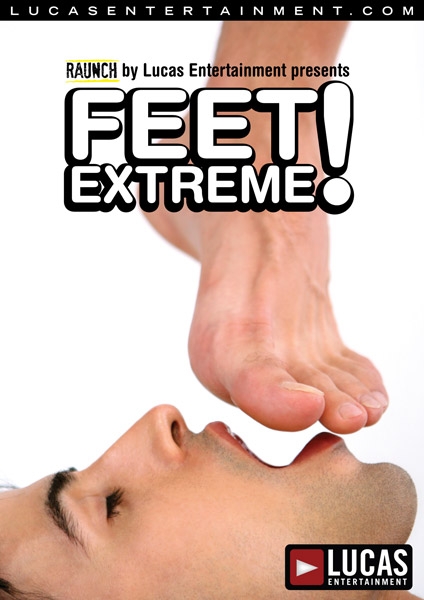 SCENE 2
Foot Fun with Matan Shalev and Dimitri Romanov
from Feet Extreme!
on 11.14.09

Raven-haired Lucas Entertainment exclusive Matan Shalev forces his foot into Russian stud and Lucas Entertainment exclusive Dimitri Romanovâ€™s mouth, then proceeds to slap Dimitriâ€™s face with his foot. Dimitri chokes on Matanâ€™s toes. The two then 69 with each othersâ€™ feet in their mouths. Matan then sticks his huge cock up Dimitriâ€™s ass, pounds away while eating his toes, and shoots a huge load all over Dimitriâ€™s big feet!

Exclusive Michael Lucas and chiseled Nick Capra start with intense kissing, then quickly exchange some foot sucking action. Their massive hard-ons show how much they enjoy the toe-tasting session. Nick rubs his big feet all over Michaelâ€™s dick, then Michael takes his cock and inserts it into Nickâ€™s pleasure tunnel. The fucking continues with Nick moaning, followed by spraying a thick load over his muscular chest. Michael blows his wad and the two share a kiss.

Latino stud Manuel Torres places his sneaker in front of Russian delight Valentin Petrov, who proceeds to sniff them before removing the big footwear and licking his toes. Manuelâ€™s jeans come off, and his dick is quickly swallowed by his partner. Valentinâ€™s pants are removed and plays with his hole before his fingers are replaced by Manuelâ€™s feet and uncut fuck stick. Valentinâ€™s ass is pounded in a variety of positions before the duo blows their hot wads all over each otherâ€™s bodies!