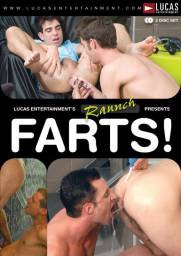 SCENE 3
Dirty Skank Cam Casey Blasts Off for Michael Lucas
from FARTS!
on 11.20.09

Scene One: Muscle hunk Nick Capra unleashes a stream of piss directly into Jason Crewâ€™s mouth. Jason canâ€™t control himself and starts to pee all over himself and Nick Capraâ€™s torso. Nick bends Jason over and pumps him up with an enema of air, farting right into Nickâ€™s face. Jasonâ€™s ass is then filled with water, and Nick guzzles the tasty juice from his ass. Nick rinses Jasonâ€™s hole off with more piss, and then nuzzles his pits while Jason licks his toes. Nick then proceeds to fuck Jasonâ€™s well-used butt.